Will was born in Prescott, Arizona and grew up in Napoleon, Ohio. He graduated from Bowling Green State University in 2014 with a Bachelor of Arts degree in History and was commissioned as an officer into the Army National Guard. After completing his undergraduate degree, he deployed to the Middle East in support of Operation Inherent Resolve as an intelligence officer for a light infantry unit.

After returning to the United States, Will continued his education at The University of Toledo, College of Law, graduating a semester early in December 2019. While at the UT College of Law, Will actively participated in the Dispute Resolution Clinic and received mediation training from the Supreme Court of Ohio. He also worked with Northwest Ohio Mediation Services and participated in mediations across the six county area.

Will Joined the Arthur Law Firm as a law clerk in 2018 while finishing his Juris Doctor degree. He then stayed on as an associate attorney immediately following graduation. Will practices principally in the areas of personal injury, criminal defense, domestic relations, and civil litigation. He also has interest in and follows the development of business organizations, international affairs, and the defense contracting industry.

Outside the courtroom, Will enjoys staying fit by participating in various athletic events such as golf, running, and CrossFit. He also has a passion for playing, recording, and producing his own music. Will continues to serve as a Captain in the Army National Guard and enjoys supporting the local community. 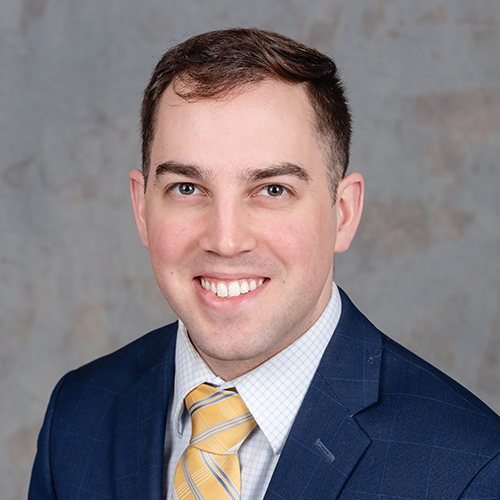 The Identity of Arthur Law Firm